Looking to hone your edge? Read on, for in this Bomber Crew guide you will find ways to thwart the Gerrys while keeping your tea-sipping Brits in top shape. Right-oh!

Before we get into the deep parts of the Bomber Crew guide, let’s just make sure you aren’t messing up on the foundations of flying.

It’s dumb and simple, but so easily forgotten. Make a checklist of things to do for every takeoff. Wheels down causes drag, which will wreck your fuel efficiency. Think of the environment! And think of not running out of gas, or having your landing gear shot off before returning home.

“The mission just started ya tosser, why would I reload my guns?” Well thank you for the offensive question. Turns out you can fit one more ammo magazine in each turret if you reload. So reload now when things are chill, rather than wish you had more lead in the middle of a dogfight. 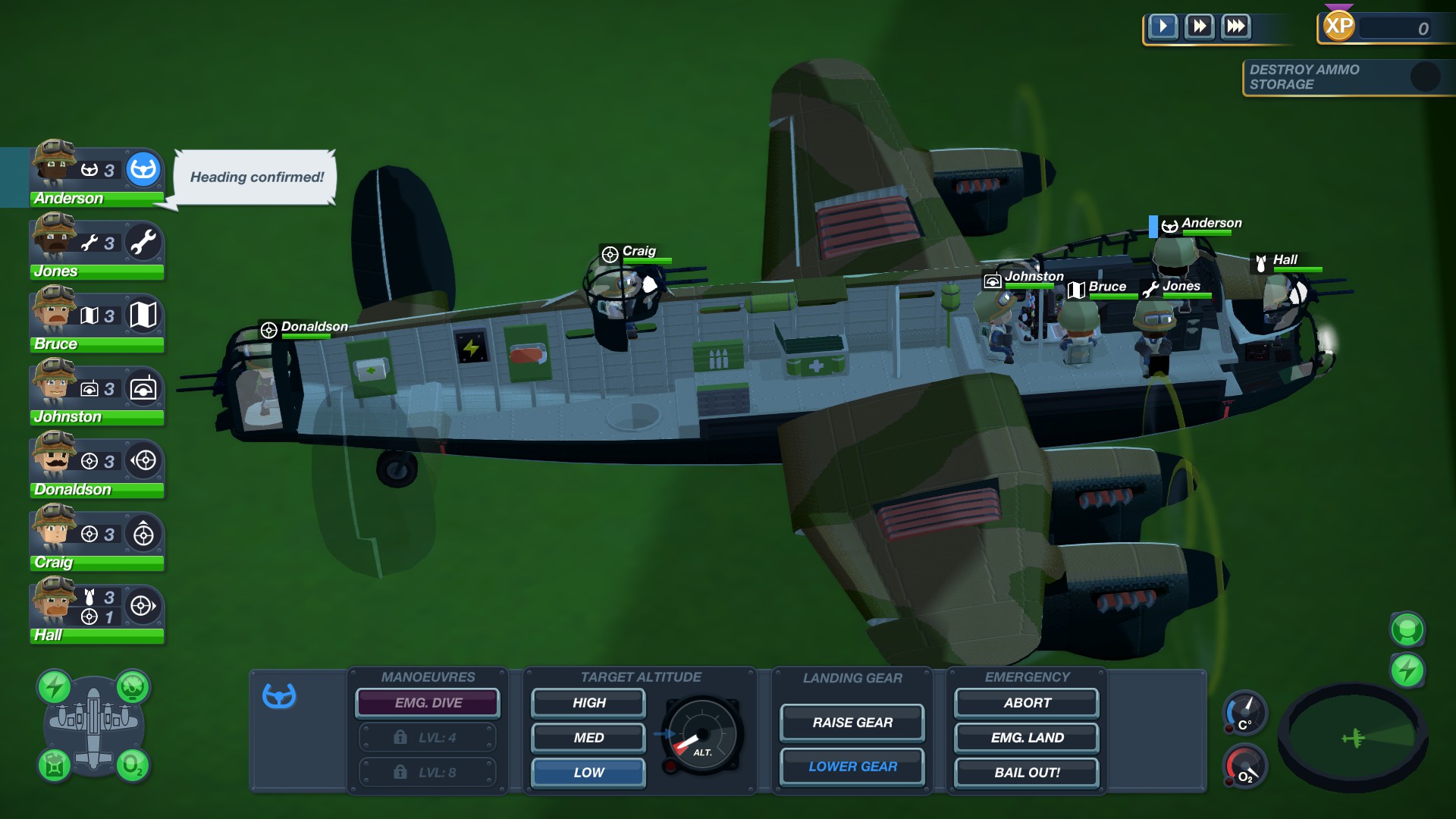 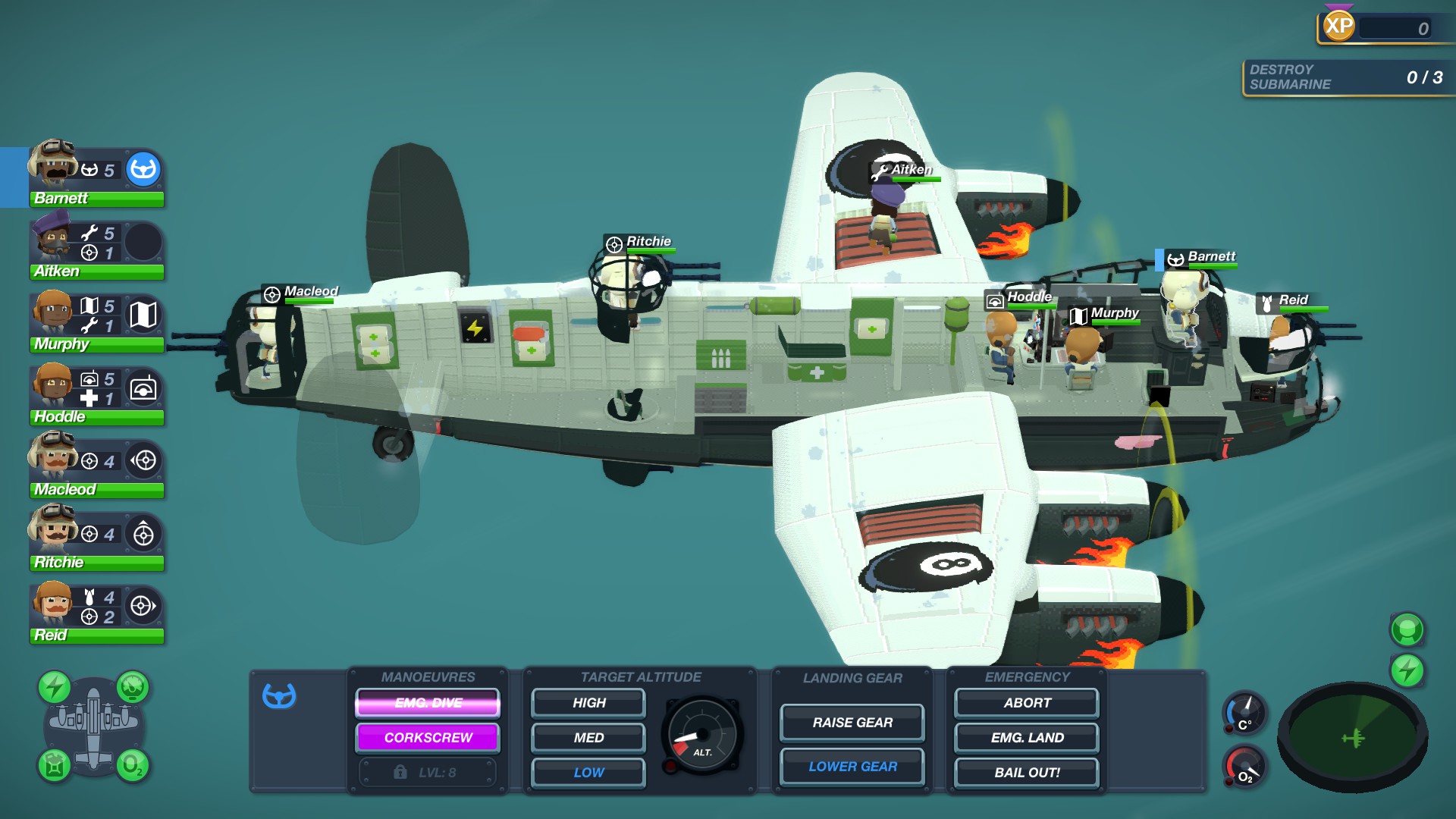 Now seems like a good time for an emergency dive

While the audible crew dialogue is impossible to understand (is it because of their British accents?) they typically have a written blurb beside their picture. You will find they have important things to say. Stuff like, “Oh my the engine is on fire,” or “Enemy fighters on the radar.” Reading these will make you more aware of what the devil is going on. 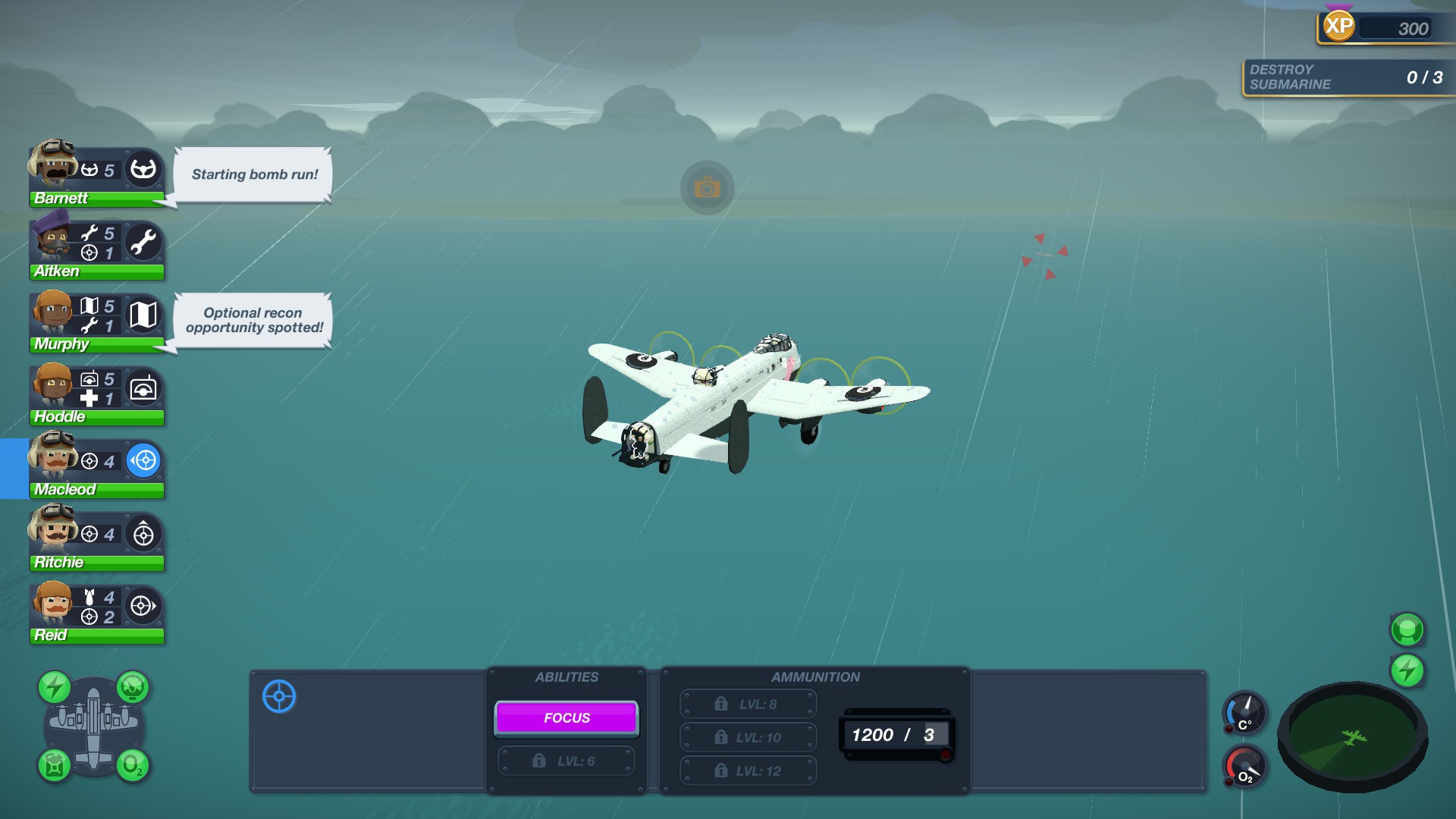 What’s that you say? Free money ahead?

If you hold SHIFT while flying, the view will immediately transition to the plane interior where assignments can be changed. This can help in a heated moment when scrolling the mouse wheel is taking that extra neuron of brain power you cannot spare. The only trick is you have to hold SHIFT to stay in the interior view. I wish they had mentioned this hotkey in the tutorial…