Home » Gaming News » What is That? Biomutant Combines Animals and Biotics

What is That? Biomutant Combines Animals and Biotics

With Gamescom in full swing, the new game announcements are coming hard and fast. While I could be spending my time telling you about Destiny 2, or new Overwatch map Junkertown, I’m trying to bring the more obscure titles to your attention. One such title you may not have heard about is called Biomutant. Let’s examine Biomutant below! 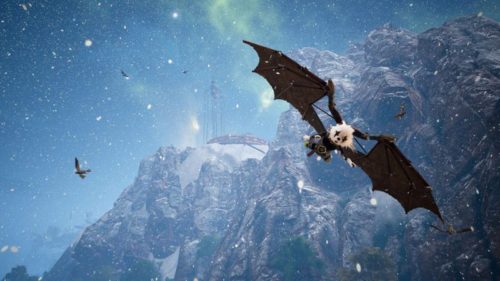 Biomutant is an upcoming title from studio Experiment 101, and is being published by THQ Nordic. According the the game’s official website, Biomutant is an “open-world, post-apocalyptic kung fu fable” in which players will be able to “change their character’s abilities and appearance with powerful mutations, bionic prosthetics and weapons.” The changes you make to the main character alter both the visual look, as well as increase the character’s abilities. These abilities range from things like psychic powers, to flight, and help the character in combat or world traversal.

Alongside the mutations mechanic is an approach to combat which centers around the use of martial arts. While the game features weapons like swords, firearms and other typical fare, players can utilize “Wushu combat styles” to keep combat fresh. Through Wushu, players will learn new moves through story progression as well as Masters scattered throughout the world.

Both combat and mutation is used to make your way through the game’s story. Biomutant‘s story according to Experiment 101 is, “A plague is ruining the land and the Tree-of-Life is bleeding death from its roots. The Tribes stand divided, in need of someone strong enough to unite them or bring them all down…” What exactly unifying or destroying means, remains to be seen, but I’m intrigued.

Experiment 101’s new experiment is scheduled to arrive sometime in 2018.

What do you think of the early Biomutant information? Intrigued? Let me know in The Pit below.