Home » Gaming News » What is That? Atomega is a New Multiplayer FPS from Grow Home Devs

What is That? Atomega is a New Multiplayer FPS from Grow Home Devs

The studio behind Grow Home, Ubisoft Reflections, has announced their new game Atomega. The game is a multiplayer, FPS, that doesn’t rely on violence to win… Confused? Let’s take a closer look at Atomega below. 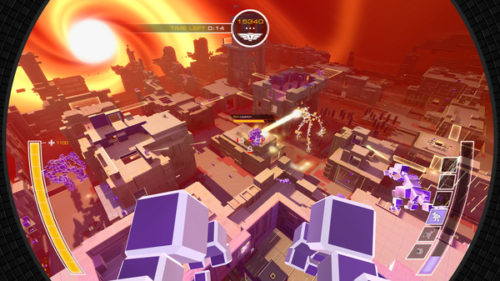 Atomage is described as a retro-arena shooter. In the game, you must “grow, fight, collect and evade in the last cosmic area (at) the very end of time.” What exactly does this mean? Well according to the game’s Steam page, players must collect Mass to evolve through 7 EXOFORMs ranging from nimble ATOM to godlike Omega. Each EXOFORM has it’s own strengths and weaknesses. Mass can be collected peacefully, or by killing other players. The player with the most Mass at the end of a round, wins.

Battles in Atomega will support up to 8 players (4v4), and there is currently only one single arena. In terms of play time, each round is expected to take roughly ten minutes. Things like character customization have not been discussed yet, but I would expect there to be some type of way to make you Mass block unique.

In a way, Atomega appears to be taking the core mechanics of games like Slither.io/Agar.io and slapping FPS mechanics on top of it. How well this mash up will work, remains to be seen, but you won’t have to wait long to find out. The game releases on Steam on September 19th. There has been no word on price yet.

What do you think of Atomega? Let me know in The Pit below.