Absolver is out, and after spending a good week with the game, I have compiled my thoughts on the game. Due to the nature of Absolver‘s design, the game is split into two distinct segments: PvE and PvP. For the sake of presenting my thoughts on both segments of the game, I have split my review into two parts: my Absolver PvE review and Absolver PvP review. Below you will find my Absolver Review PvP. Enjoy.

Absolver is a martial arts based fighting game developed by indie studio Sloclap and published by Devolver Digital. In Absolver, players take on the role of Prospects, as they journey to become an Absolver. Unlike other fighting games, Absolver focuses on real world martial art styles and encourages the creation of your own unique playstyle through the use of combat decks. Through PvE and PvP, players can uses their combat decks to battle their opponents in fluid, cinematic like combat showdowns. 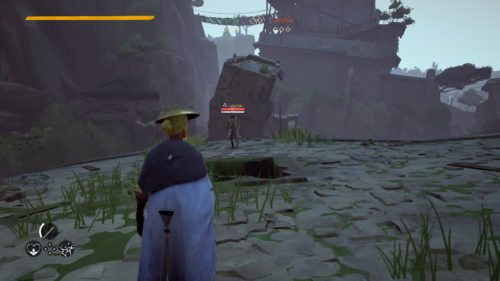 The major selling feature of Absolver is the PvP duel system that is in the game. Here players challenge one another across various arena levels in a first to three wins battle. While this portion of Absolver is easily the best feature, there has been one major issue currently plaguing my experience: server issues. 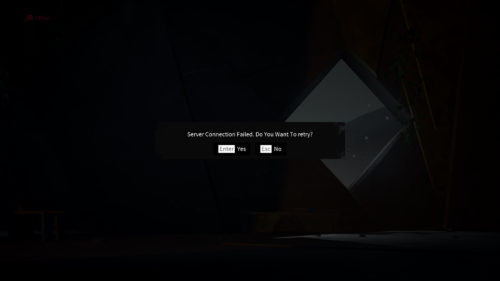 I had hoped that giving Absolver a week would have ironed out the various server issues that are plaguing Absolver, but the game is in the same state it was at launch. The problem facing users (myself included), is that the Absolver servers are unable to handle the unexpected load of players, which results in many being unable to access any of the online features. This is a huge issue and leaves me unable to recommend Absolver. Without online access, the majority of the game’s content is inaccessible, leaving only PvE accessible. As the game is PvP centric, the fact the studio was not prepared has me somewhat sad. 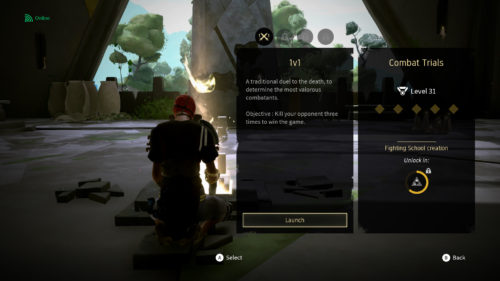 Combat Trials are the main form of PvP in Absolver. These trials are accessed by using Altars littered throughout the world and essentially queue players up for 1v1 matches (2v2 + 3v3 coming soon). In these matches, players battle one another until one player wins three rounds. After three rounds are won, fighters receive experience and Combat Level points. Increasing Combat Level unlocks loot; allows bosses to be refought; and eventually allows you to open your own school (clan).

Combat Trials are where I have spent the bulk of my time in Absolver and I must say, I have a ton of fun when it works. Going 1v1 against another person; tinkering with builds; and crushing opponents is really enjoyable in Absolver. Each fight plays out differently and there is a variety and rhythm to the fighting that feels incredibly satisfying. Sloclap has done a tremendous job in creating a solid foundation for the game.

While I think Combat Trials are a really enjoyable gameplay experience, Sloclap has only included the barebones in the gamemode, which makes extended play somewhat difficult. Currently the only rewards in PvP are loot drops and move farming. There is no ranked mode or other game modes to create a deeper sense of progression. Simple statistics like win/loss percentage are also strangely absent from the game. At the current 15 hours I have in the game, I feel pretty much done with the PvP as the progression just slowly dies. Again, if Sloclap dropped more progression paths and game modes, this wouldn’t be an issue.

Absolver presents an interesting, but sparse PvP experience that is currently being hindered by server issues that make the experience pretty unenjoyable. From a foundation perspective, Sloclap has built something interesting and fun, but hasn’t provided enough depth to keep me interested. Yeah it is fun to learn new moves and practice different playstyles, but the lack off extra game modes and even a ranked mode will probably have you putting this game down relatively quickly. This is unfortunate as Sloclap has promised to deliver new updates, but may not have community to do so if server issues continue to plague this title.

Thoughts on my Absolver Review PvP? Let me know in The Pit below.