Absolver is out, and after spending a good week with the game, I have compiled my thoughts on the game. Due to the nature of Absolver‘s design, the game is split into two distinct segments: PvE and PvP. For the sake of presenting my thoughts on both segments of the game, I have split my review into two parts: my Absolver PvE review and Absolver PvP review. Below you will find my Absolver Review PvE . Enjoy.

Absolver is a multiplayer, martial arts based fighting game developed by indie studio Sloclap and published by Devolver Digital. In Absolver, players take on the role of Prospects, as they journey to become an Absolver. Unlike other fighting games, Absolver focuses on real world martial art styles and encourages the creation of your own unique playstyle through the use of Combat Decks. In PvE and PvP, players can uses their combat decks to battle opponents in fluid, cinematic like combat showdowns.

Absolver features a minor PvE system which essentially serves as the game’s tutorial. Through the few hours you spend traversing the PvE world, you will fight a few bosses and collect a variety of gear. That’s about it. If you are looking for a PvE heavy experience, Absolver is definitely not for you. THIS IS A PVP CENTERED GAME. 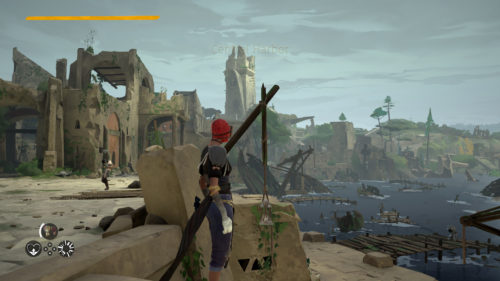 The world you explore in Absolver is rather small and uninteresting. You begin your journey in a tutorial area and then transition into the actual world. Here you have some freedom in how you travel. There are a total of three directions you can head from the hub area. In each direction you will find a few sub areas (akin to Dark Souls), which ultimately lead to an area boss. I don’t mind this approach, but I found many of the sub areas to be either long pathways, or very samey in look. This lack of distinct visual identity, makes the world feel boring. The few areas that actually have some character, are thrown in towards the end of PvE and you don’t really spend much time in them. 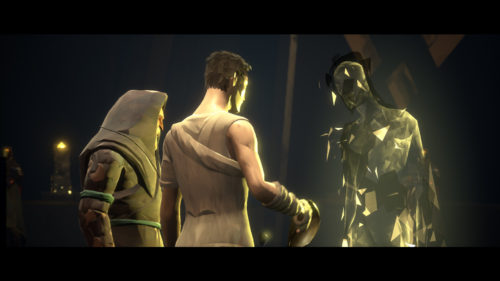 As you run through the world, Absolver attempts to tell a very confusing and almost non-existent story. You start the game as a Prospect and aim to become an Absolver. To do this, you must defeat two bosses and a handful of Marked Ones (mini bosses), scattered throughout the world. Upon completing the task, you gain access to the final boss and finish the PvE! Why any of this matters, I have no idea. The few bits of story that attempts to fill in the reasons comes in the form of text from NPCs and item descriptions. While I don’t oppose this approach, I just never found any of the text all that insightful.

Another problem I had with the story and PvE in general, is the length of the content. In total, my playthrough of Absolver PvE took about three hours. One hour of this was dedicated to running around looking for Marked Ones. I would have enjoyed more bosses and more storyline to really get me invested. Instead what you get is simply a short introduction to the game’s mechanics. 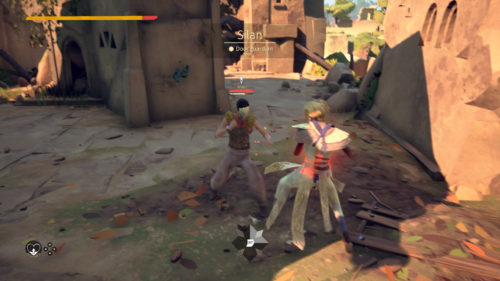 The combat in Absolver is the real highlight of the game and PvE is no exception. There’s something about running around, beating NPCs or other players with wild combos that just feels satisfying. PvE features a slew of different enemies and styles to face and a variety of difficulties to endure. This is nice as it allows you to train in the PvE world before venturing into the Combat Trials.

Overall, I found the combat experience in the PvE portion to be pretty solid. My only real complaint is that the game sometimes throws a bunch of enemies at you in an attempt to overwhelm, but never really gives any crowd control moves. This can often lead to cheap deaths and frustrating moments. With that being said, 99% of enemies can be avoided, so it’s really up to you to choose to engage. 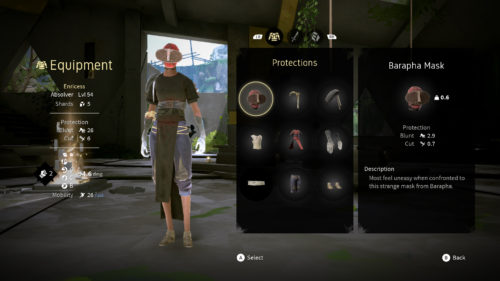 Like a Dark Souls game, the world of Absolver features a bunch of items to collect. These items range from armor and weapons, to more rare items like Masks. Certain loot in the world is fixed, while other loot is randomized. Loot you find impacts your defense against weapons, and how influences your mobility.

I found the loot in Absolver to be pretty aesthetically pleasing, but lacking in any real utility. I actually appreciated this approach as it means each Absolver you fight has their own unique look, but not in a way that seriously impacts the fight. This is a welcome breath of fresh air from other games where armor can play a huge role in fight outcomes.

One major problem with the loot that I hope gets addressed is the fact that duplicate items are a thing and there’s currently nothing you can do with them. This is especially infuriating on the PvP side, but also impacts the PvE. I hope Sloclap gives us a method to convert loot into something useful.

As I am already hitting a higher word count then I anticipated, I am simply going to list rapid fire miscellaneous points from my time with the Absolver PvE below:

My time with Absolver‘s PvE was mostly mediocre. At times, the PvE feels simply tacked on. The few elements I enjoyed (loot + combat) are already available in the game’s PvP mode which means I can get my fill there. Without a meaningful storyline and interesting environments, I  found myself rushing to finish this portion of Absolver. My initial hopes for PvE were high, but I can confidently say that Sloclap delivered nothing but a two hour tutorial that can largely be ignored. IF YOU ARE BUYING ABSOLVER SIMPLY FOR PVE, DON’T!

What did you think of my Absolver Review PvE ? Let me know in The Pit below.