Rocket League is a game that was purposely built to be fun no matter what your skill level. It doesn’t matter if you have played for 4 or 400 hours. The satisfaction of landing a shot or watching a crazy play remains the same. With more popularity building and even more consoles joining the fun it means there is more competition. So if you are looking for an edge over the thousands of other players look no further. Below is a simple list to get things rolling and take your play to the next level.

Recently I have been watching a lot of professionals play and this aspect always stands out. The greatest players are the ones who don’t just move but move fast. Especially in team games like 3v3 & 2v2 being first to the ball is a huge advantage. It means that you now control where play goes next and your opponents must react to you. First to the ball means you can stay on the attack and put the defense out of position.

To improve your speed there are a couple simple things you can do that will make a world of a difference. Learn the basics, there is really only two ways to increase speed, either flipping forward or picking up boost pads. Work on becoming familiar to where boost pads are and when you have time to dart out for them. Also flip consistently to learn the effects of mixing boost and flips together. As you improve on the ability to gain and keep speed implement a speed oriented mindset in your play style. Focus on Chasing down plays and get used to being at top speed, this will force your opponents to react to you. I guarantee that keeping speed alone will cause you to quickly see an improvement. 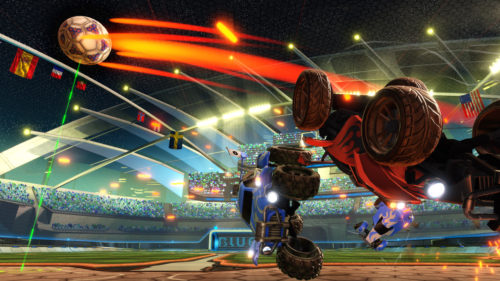 This tip actually rides on the coat tails of keeping up your speed. This is due to taking away the advantage opponents have who get to the ball first. If you know that your team has filled the defensive position(s) behind you, go for a block. This can make what would have been a pass or shot into a 50/50 and helps your team to get organized. The ball essentially resets, going somewhere that could not have been initially anticipated.

Remember that going for blocks has a clear downside if done at the wrong time. A miss could mean you flying past the opponent with an open net behind. Always make sure your teammates have rotated back to avoid giving up an easy opportunity to score. 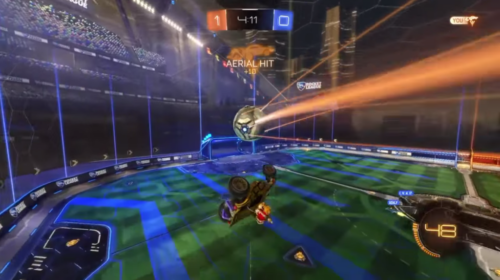 Now that you move like lightning across the arena and block everything your opponent does, remember this: With great power comes great responsibility. I find this to be the most difficult aspect of the game to learn and the most rewarding when done correctly. Learn to anticipate who will be touching the ball next and where they will be putting it. If the opponent has speed and a clear shot, race back before the ball. If the ball is stuck between three people in the corner who can’t get a good hit, creep forward. If your teammate has a clear lane, move up for a pass or rebound.

Generally this knowledge comes with time in the game but anyone can work on it. There is no need to always race for the ball when you know that another player will be there first. My motto: Play to what the opponent gives you and take advantage of their mistakes.

Simply put, when the ball is in the air just go for it. Aerial control in team matches can set up the best plays when done correctly. If you want that high flying skill you just have to keep on trying. When learning how to play rocket league don’t be afraid of missing the ball in the air. The skill will come over time and will improve faster if you take every aerial opportunity you can. 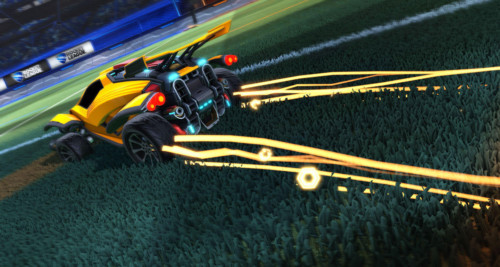 My last tip for you is that Rocket League has an awesome player base but there will sometimes be players you would rather not hear from. Try to not let what negative teammates or opponents say get to you. They likely know nothing more about the game than you do and almost all players don’t want them as a teammate. Once you get frustrated/tilted with your own play or other players things usually only go downhill. I promise Rocket League will be a long time favorite if you are able to stay positive in matches even when you are down. The fact the Rocket league has short games means that you can quickly have a new team and a different outcome in the next round.