Home » Walkthroughs » 5 Things to Know About The Surge

5 Things to Know About The Surge

The Surge is Deck 13’s second foray into the ‘Souls – like’ genre. Instead of taking the classic medieval setting, The Surge puts a Sci-Fi spin on the genre. The Surge can be a tough game to dive into, but there is a fun game here you should give a chance. My hope with this article, is to help make The Surge more accessible. Using all my Souls – like knowledge, I present to you, 5 things to know about The Surge. 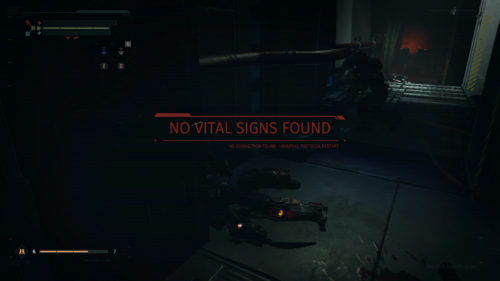 You will see this screen a lot. 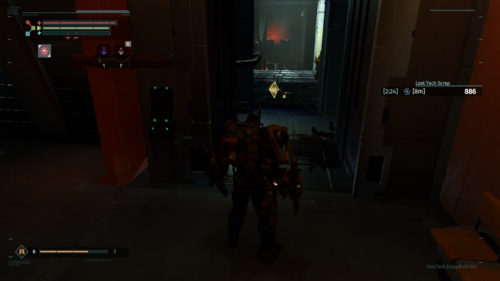 Return to where you died to reclaim your Tech Scrap.

Souls – like games are notoriously difficult, and The Surge is no exception. Go into The Surge expecting to die often. Like other games in the genre, when you die in The Surge, you lose your Tech Scrap. This means you have to run back to the area of your death in order to collect all that hard earned Tech Scrap. This twist in The Surge is that lost Tech Scrap does not stay around forever. When you die, a timer appears. This timer counts down, until eventually the Tech Scraps are lost. 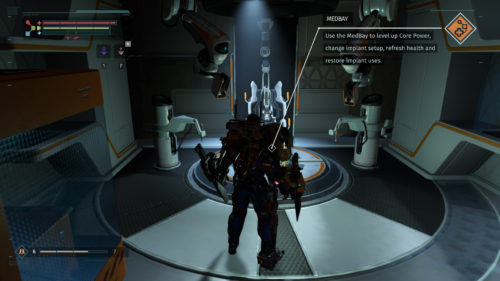 The Medbay acts as your checkpoint system. 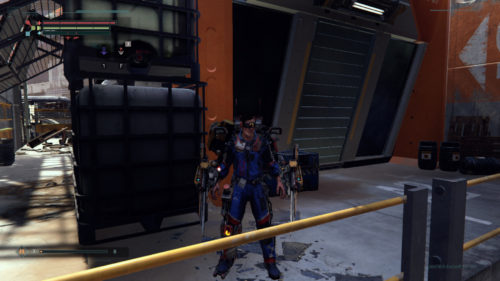 Sometimes a shortcut is just around the corner.

Playing The Surge reminds me a bit of the original Dark Souls. Unlike Dark Souls 2 and 3, Dark Souls was super limited in Bonfire placement. Like Dark Souls, The Surge uses a similar design choice. Instead of dropping a checkpoints for the player, The Surge litters a liberal amount of shortcuts for players to find and open. This means that you will be rewarded for exploring. So get exploring! 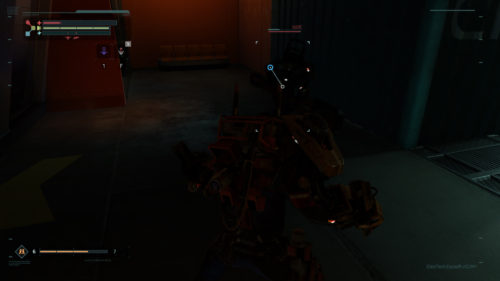 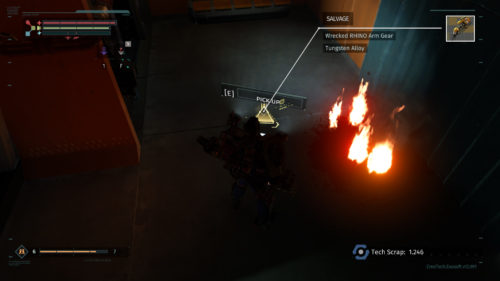 The Surge presents a new wrinkle to the classic Souls like formula of loot collecting, by tying loot to how you kill your enemies. If you see an enemy with a sweet hammer in their right arm, you will want to target and severe the right arm to try and get it to drop. To ensure that you do severe the arm (or targeted area), you want to build up your Sever meter then use it on the enemy. This will sever the targeted area. Not every sever will lead to an item, but the concept of severing should be in your playstyle if you want a ton of items.

4. The Drone is your Ranged Attack

Me and my Drone buddy.

When you first start The Surge, you may notice a distinct lack of ranged weapons. This design choice is on purpose. After you get your Drone (from Drone Registration), you will quickly realize that the Drone is your ranged attack. Like other Souls like games, ranged attacks can be used to draw aggro from a distance. The same can be done with the Drone in The Surge. The Drone is also a good distraction if things are getting a bit too hot for you, or you need a second to heal.

5. There’s no Shame in Farming 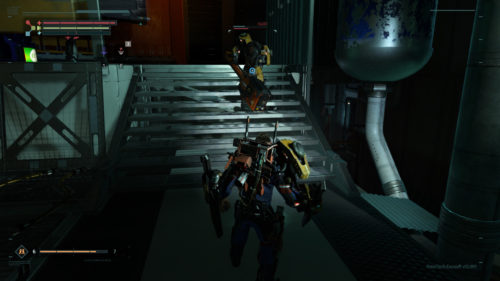 The beauty of Souls like games, is that the difficulty is variable. This means that the game can be as difficult or as easy as you want to make it. If you are having a particularly hard time with certain sections of The Surge, consider farming for Tech Scraps to boost either your base stats or upgrade your equipment. To farm, simply find enemies you can consistently beat and repeatedly fight them over and over, until you eventually have a ton of Tech Scraps. This approach will help you not get as frustrated should you reach a ‘wall’ in game.

The last point I’ll make (so number 6 on my 5 things to know about The Surge list) about The Surge is to enjoy the journey. Souls like games are designed to be a grind, but the elation of beating bosses you spent hours on or clearing sections you struggled with make it all worth it. Enjoy the grind and the journey and The Surge will be no problem!

What did you think of our 5 things to know about The Surge list? Want to add something? Let me know in the Pit below.