E3 2018 is pretty much in the books, and that means it’s time to patiently wait for the titles shown off at gaming’s biggest yearly event. Overall, I can say that 2018 was a fairly solid event for new games-with many exciting announcements made across the various big conferences. With that said, there was definitely a distinct cream of the crop set of upcoming games shown that need to be on your radar. Below are 5 games to get excited for from E3 2018.

One of the first images of The Elder Scrolls VI shown during Bethesda’s E3 2018 conference.

Release Date: After Skyrim has been put on every imaginable device.

It’s crazy that nothing more than a 36 second teaser can elicit such emotion from gamers. While nothing was really shown off in the teaser just knowing that Bethesda is hard at work putting together the next installment of The Elder Scrolls should get you excited.

With 8 years having passed since the release of The Elder Scrolls V: Skyrim, gamers needed a sign that Bethesda had another sprawling RPG up their sleeves, and Todd Howard delivered.  For now all we can do is wait patiently (for what I expect to be a few years) before we can get our hands on The Elder Scrolls VI. 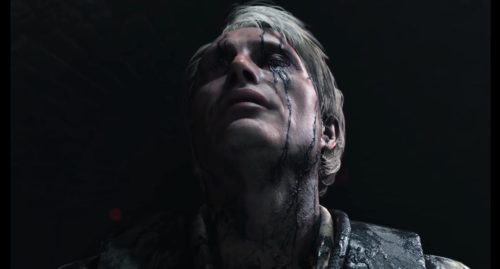 This is a screenshot of Mads Mikkelsen’s character in Death Stranding. Who is he and what does he want with Norman Reedus? No one knows.

After the implosion of long-time partners Hideo Kojima and Konami, gaming fans have been waiting patiently for Kojima to get back in the metaphorical saddle with his (now) independent studio Kojima Productions. The first game Kojima will be releasing is called Death Stranding, and it looks crazy.

Not a ton is known about Death Stranding  besides a few tidbits that have come to light since the game’s 2016 announcement. We know the game’s cast is stacked with talent including the likes of Norman Reedus, Léa Seydoux, Lindsay Wagner, Troy Baker, Emily O’Brien, Mads Mikkelsen, and Guillermo del Toro. We also know that the game features Norman Reedus as some sort of courier, which entails a lot of walking/traversing what a beautiful but desolate planet. Besides these points, we know the game will be released on PS4 and it will be weird. What more do you need to get hyped? 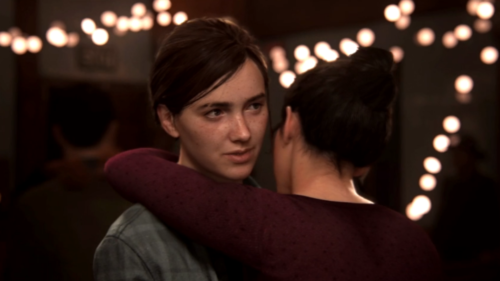 Naughty Dog’s critically acclaimed The Last of Us, came out back in 2013 and is often spoken of as one of the greatest gaming experiences ever. Since 2013, fans have been waiting patiently for Naughty Dog to announce a sequel, and in 2017 Naughty Dog finally announced The Last of Us Part II.

During Sony’s E3 2018, Naughty Dog showed off about a 12 minute long trailer featuring gameplay, and boy should you be excited for this one. Set five years after the events of The Last of Us, The Last of Us Part II features a much older, experienced, and badass Ellie.

The gameplay appears to be in the same vein as the original game, but looks way more visually polished and fluid. There is also heavy emphasis placed on violence, with Ellie brutally taking down a number of enemies during the gameplay portion. Since Naughty Dog usually hits their stride on number twos in series, I definitely think you should be hyped for this title. 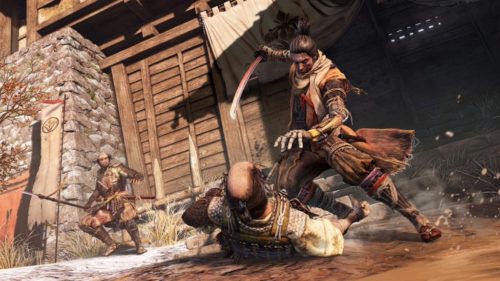 Screenshot from Sekiro: Shadows Die Twice. This new title out of FromSoftware is a marked departure from many of the gameplay systems the studio is known for.

If you’ve visited Hold To Reset often, you will know that I am a FromSoftware boy. I love the Soulsborne series with a fiery passion that is pretty much unmatched. Being such a fan, I had high hopes that there would be a new FromSoftware title at E3, and the announcement of Sekiro: Shadows Die Twice delivered.

In Sekiro the story revolves around an unnamed samurai who is tasked with protecting a young lord of mystical lineage. During protection duty, the young lord is kidnapped and you are left near death with an arm chopped off. Luckily for us, death doesn’t stick and with our new Shinobi Prosthetic attached, we are hell bent on exacting revenge.

What’s interesting about Sekiro: Shadows Die Twice is that there is that it appears to be an obvious attempt by FromSoftware to expand their gaming repertoire. FromSoftware staples like skill levelling, multiplayer, armor and weapons, dropping souls on death, and what happens when you die have all been stripped away in favor of new systems. These new systems look interesting and should allow for some unique gameplay developments. In a way it seems to be From developing their own take on the Zelda style of action-adventure games. 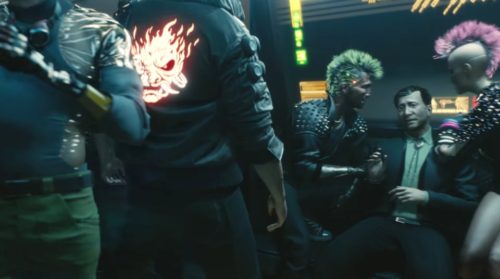 Screenshot from Cyberpunk 2077. This marks a new time for studio CD Projekt Red as they venture into making a first person perspective game.

Like many of you, I came off of The Witcher 3 excited to see what CD Projekt Red could do with a new world. Having seen the reveal trailer for Cyberpunk 2077  from 2013, I was cautiously optimistic that the studio was on the right track with their new, non-Witcher title. Fast forward five years and it seemed as though Cyberpunk 2077 was something of a video game myth, with little information shared on the project. Thankfully, CD Projekt Red pulled back the curtain (a bit) and revealed more footage of their upcoming dark future RPG at this year’s E3.

While we still don’t know a whole ton about Cyberpunk 2077, some very lucky gaming outlets got to see about 50 minutes worth of actual gameplay. From their writing we have learned that the game is mostly first person (with certain third person moments); the world is incredibly interactive-including a day and night cycle, and a complex weather system; Night City features six districts which each feel unique; and there’s sex… lots of sex.