If you’ve been in a coma since March 2017 and just came to, first off welcome back. Glad you survived. Second you should probably know that the gaming community is in love with PLAYERUNKNOWN’S BATTLEGROUND (PUBG). Seriously. Peruse the Twitch directory and you’ll more then likely see PLAYERUNKNOWN’s BATTLEGROUND cemented comfortably in the second spot. Who knew people liked killing one another? Being a gaming concierge, I’ve stayed away from PUBG, as such a game seemed beneath me (popular; not indie). Recently, however, a very rich Hold To Reset reader decided to open their wallet and send PUBG my way. Never one to turn down a free game, I accepted and have since dumped 23 hours into the game. In that playtime, I’ve learned a shocking amount about the type of player I am. Here are 4 things I’ve learned playing PLAYERUNKNOWN’s BATTLEGROUND. 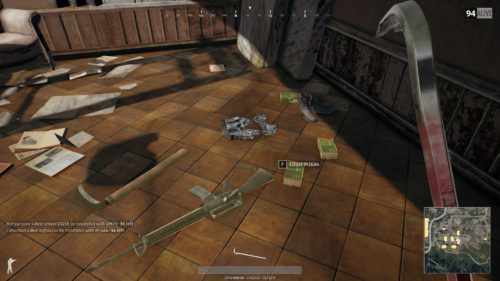 Being terrible at PUBG means I have to find ways to keep myself entertained. As my current life expectancy in a firefight is roughly 1 second, I’ve been gravitating towards the elements of PUBG that last a bit longer. One of these elements is collecting loot. Landing and collecting items for survival is a staple of the PUBG experience and is one I thoroughly enjoy. I love picking up everything I find (trenchcoats in particular). The problem with this approach is that I end up becoming a walking loot mule. If you’ve killed Enricofairme (let’s be real, you probably have), all I can say is you’re welcome!

My Keyboard + Mouse Game is Weak

I started my gaming career as a console gamer. This means I have thousands of hours with controller experience. Having made the switch to PC gaming a few years back, my keyboard + mouse game is still pretty weak. PUBG does a great job of highlighting this weakness, as when I’m in a firefight I opt to scroll weapons with the mouse wheel instead of the quicker 1234. Due to this, I’ve died a few times scrolling to the melee weapon instead of my main. Other fat finger blunders include putting my gun away, and standing from prone at the least opportune moments.

My Communication Skills Are… Lacking 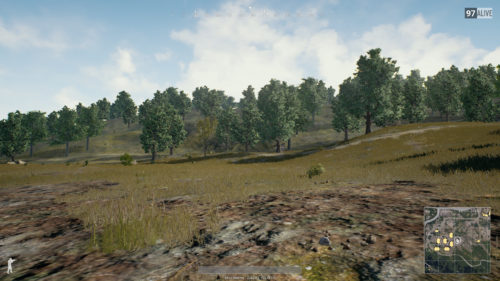 Due to the frenetic nature of PUBG matches, communication is the key to survival. Spotting enemies and strategizing with your team largely determines whether you are killing or being killed. As it turns out, I am terrible at strategizing and communication. Saying things like “he’s by the tree” in a forest of trees, or “he’s in that house” in a village just don’t help the team all that much. I will argue that my attempt at communication may be bad, but it beats the craziness that gets spouted in general chat before the drop, so that’s something. 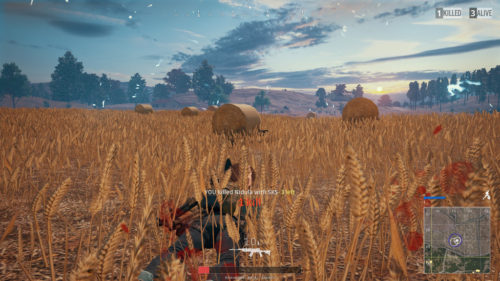 I feel like there are two types of players in PUBG: those that hunt and those that seek self preservation. I can confidently say I fall squarely into the latter camp. I’m the type of player who hears gunshots in the distance and runs in the opposite direction, or goes from crouched to proned to hopefully avoid being spotted. The beauty of this approach is that it can actually work. I’ve made it into the top 10 on a few occasions having killed no more than one other player. There’s a strange beauty in crawling into the final zone with two other enemy players and hoping they kill each other.

Basically the point of this article is to help you be a better PUBG player. As I am not a PUBG master, you can take the things I do and do the opposite. I am confident that some of you will find success out there!

What did you think of the 4 things I’ve learned playing PLAYERUNKNOWN’S BATTLEGROUND? What are some things you’ve learned? Let me know in The Pit below.