So, I took a lot of heat for my “controversial” picks yesterday. Ernie Cline phoned me up and was pretty livid, until I messaged him a picture of a Back To The Future Part II trading card, and he got distracted and hung up. So, now we can continue with #20 to #16.

“You can lock your windows and doors…But you can’t lock the madman out of your mind.” 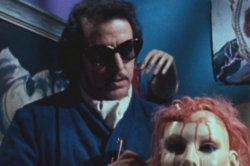 This is a genuinely unnerving film, regardless of whether or not Gene Siskel did or didn’t walk out of a screening of it.  I mean, what an insane performance by Joe Spinell. William Lustig’s direction feels like a hold over from the 70s, and the 80s was certainly still dealing with a New York City that the majority of us would not even think about living in. I admit this film challenged me on a first time watch, and I have actually never watched it a second time. However, this film became a part of me, and I have never forgotten it, thus there is a reason why there is a poster of it in the room that I am writing this.

Tom Savini being in it.

“Half man. Half insect. Total terror.” 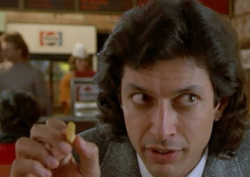 Here is the first remake on the list, from Canadian creep David Cronenberg. The Fly is a lot more accessible than some of Cronenberg’s other film, and it is truly him doing a more mainstream film. Of course, it is still off the wall crazy, and insanely satisfying to watch. There is a certain scene that causes me to squirm every time that I see it, and I applaud the film for that. I think both leads do some of their best work here, and I wish that Cronenberg had played in this arena a bit more. 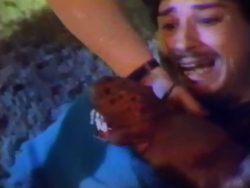 “Conceived by a lunatic, hatched within a human womb…”

If we are going to talk 80s horror, than we need to at least address the rise of direct to video films. You are not going to get much weirder, or much more entertaining than Andrew Jordan’s Things. I’ve written about this film before, and this is what I had to say:

As if the head doctor of a mental institution, who is an undiagnosed schizophrenic, decided to make a film with the mental patients. There is nothing normal, or human about this film. Everyone involved is next level crazy, with the performances being absolutely bonkers. It straddles the line between being the greatest thing to watch ever, and being something purposefully pushing the viewer into madness.

“In the basement of a university medical school Dr . Jessup floats naked in total darkness. The most terrifying experiment in the history of science is out of control… and the subject is himself”

I would’ve sworn that this was a late 80s film after seeing it for the first time, so it is impressive that this actually came out at the very beginning of the decade. Ken Russell gets weird, but like Cronenberg’s The Fly, this is Russell playing with a budget and being somewhat accessible. The performances are strong, and it’s chock full of memorable imagery, and just tons of cool ideas. It features that being afraid of science thing that we’ve always mined for horror films, just with a sweet 80s flavour.

“They will make cemeteries their cathedrals and the cities will be your tombs.” 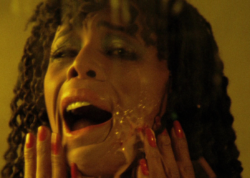 The son of the master, Lamberto Bava, gives us a very solid Italian horror flick that is set in a movie theatre, and features all types of 80s stereotypes, that all feel like they come from a different dimension, as the Italian film lens of the time always translated popular American things, in a weird way. This features a killer score, cool imagery, and has people riding around on motorcycles with swords.

All of these people

We’re getting closer. I bet there is something that you disagree with, so let me know in The Pit below. Return tomorrow for #15 to #11