With 2017 coming to a close, it’s time to look ahead to see what’s on the gaming horizon. Already it appears that 2018 has a ton of new games to offer players. With so many games to choose from, it may be hard to keep track of the games you should be spending your hype on. That’s where this 20 games to get excited for in 2018 list may come in handy. Below you will find out where you should be spending your video game hype this year. 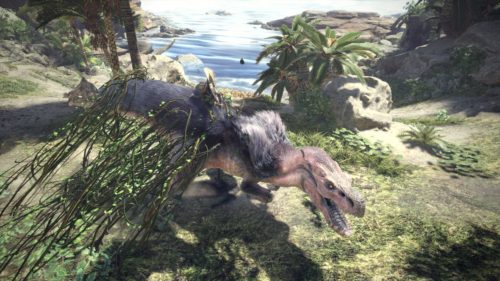 Why Hype: The Monster Hunter series has been running since back in 2004. The series’s gameplay revolves around players hunting giant beasts and collecting material from the defeated monsters. Material gathered can then be used to craft better weapons and armor which allow hunters to take on bigger monsters for better rewards. If this sort of action intrigues you, then you may be excited to learn about Monster Hunter: World.

Kingdom Come: Deliverance is another game to get hyped for in 2018.

Why Hype: What if you took a sprawling RPG like Skyrim and made it realistic? Like based on a true story set in 1403 type realism? This is exactly what developer War Horse studios is attempting to achieve with their upcoming title Kingdom Come: Deliverance.

In Kingdom Come: Deliverance players take on the role of Henry, an individual who suffers a tremendous loss due to the war between ruling King Wenceslas IV and his half-brother Sigismund. After experiencing the loss of his family, Henry is tasked with finding some form of redemption as he explores the region of Bohemia.

Throughout the journey of Bohemia, players will be able to wield weapons and equipment that are accurate to the time period, as well as take part in historical battles which actually occurred. These battles utilise real European sword fighting techniques, which have never before been used in a video game. If you are bored by the fantastical settings of many RPGs, the grounded reality of Kingdom Come: Deliverance might be something worth getting excited for in 2018. 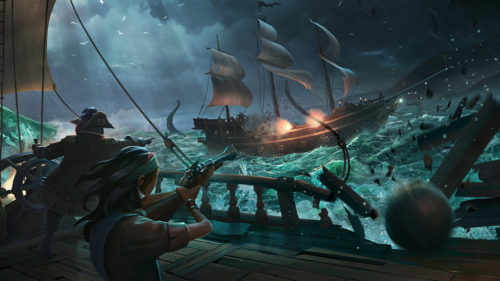 Sea of Thieves has spent a long time in development, but will being released in 2018. READY THE CANNONS!

Why Hype: If 2017 was the year of the Battle Royale game, then 2018 is shaping up to be the year of the Pirate game. First to set sail on the pirate genre is Rare’s upcoming Sea of Thieves.

In Sea of Thieves, multiplayer is king, as groups of players set sail in search of plunder and riches (you know, general piratey stuff). While out searching for plunder/booty on deserted islands and shipwrecks, groups of players will come into contact with NPC enemies and other players alike. These encounters can lead to confrontation as there is only so much booty to go around. Do players have what it takes to become king of the open seas?

If the being a pirate with your friends and stealing/plundering/looting intrigues you, then keep Sea of Thieves on your radar in 2018. 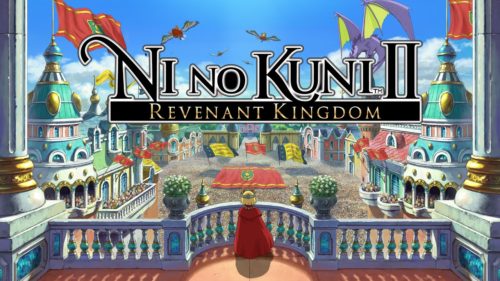 Ni no Kuni II is set to release in 2018. This game will be another addition to the already large Ni no Kuni franchise.

Why Care: The first Ni no Kuni was released back in 2010 on the Nintendo DS. Over the next few years, more titles were added to the series, including Ni no Kuni: Wrath of the White Witch which brought the series to Western audiences for the first time. The release of Wrath of the White Witch earned positive critical acclaim, and went on to sell around 1.54 million units. The success of Ni no Kuni is attributed to the game’s incredibly striking visual style, as well as it’s more modernized JRPG mechanics.

Both the visual styling and gameplay that fans of Ni no Kuni have come to love appears to be returning in the upcoming Ni no Kuni II: Revenant Kingdom. Originally slated for a January release, the game has been delayed into March. What we’ve seen so far appears to feature everything fans love about Ni no Kuni. There’s also going to be a PC version this time around, which means the audience for Ni no Kuni will only grow from here. If you are looking for a JRPG to dump time into in 2018, Ni no Kuni II may be just what you’re looking for this year. 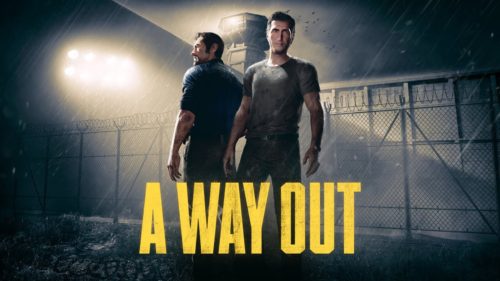 A Way Out is an upcoming 2018 title from the studio that gave us Brothers: A Tale of Two Sons.

Why Hype: A Way Out isn’t even out yet and already the director behind the game has created a bit of a stir in the gaming industry. This stir was caused by an interview during the Game Awards which saw Josef Fares rant on topics such as the Oscars, loot boxes, and his upcoming game. Regardless of whether this was a spur of the moment or a marketing campaign, the stunt worked well enough to give A Way Out some much needed viral exposure.

A Way Out is an upcoming indie title out of Hazelight and is being published by EA. Hazelight is the studio behind the surprising 2013 indie hit Brothers: A Tale of Two Sons, so expectations for A Way Out are fairly high. In the game, players take on the role of convicts who break out of prison and live life on the run. Throughout the story, players will be tasked to work together to solve puzzles and complete objectives. This is done exclusively through a co-op mode which is one of the game’s more intriguing features.

Designed specifically with co-op play in mind, A Way Out doesn’t feature any singleplayer. To facilitate the co-op players will the have option of playing online or in split screen mode. Both characters have their own unique storylines and events occur in a not simultaneous fashion, meaning one player may be watching a cut scene while the other is wandering around. If you and a friend are looking for a co-op game to get hyped for in 2018, A Way Out may be just what you need. 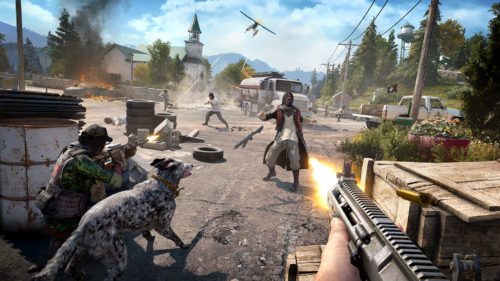 The new setting of Hope County, Montana appears to be offering Far Cry players a playground of destruction in 2018.

Why Hype: Far Cry 5 is taking a huge departure from the series’s traditional approach to storytelling. Instead of dropping the main character into some exotic, foreign land, far away from the United States, players are being dropped into Hope County, a fictional town in Montana. This change of location has already proven to be controversial for Ubisoft ahead of the game’s launch. With that being said, the change of location could prove to be a huge win for Ubisoft, as the Far Cry series was beginning to feel stagnate (similar to Assassin’s Creed).

I personally can say I’m intrigued by Hope County and look forward to seeing how Ubisoft handles the new story they are creating. The idea of a cult taking over a small town in America is interesting, and could be fun to explore. If Ubisoft can capture the frenetic action of Far Cry 3, but in an entirely new environment, I think there will be good reason to be hyped for Far Cry 5. 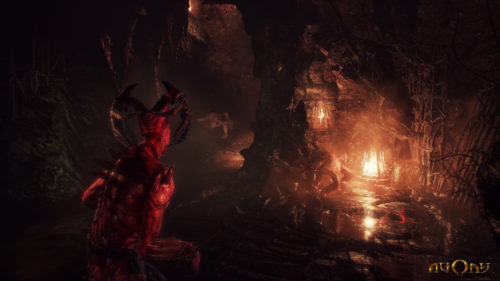 Ever wanted to stroll through hell while being chased by a sexy demon? Well Agony will let you do that in 2018 (along with terrifying you and all that other stuff).

Why Hype: Does the thought of exploring Hell while being chased by a buxom demon intrigue you? How about taking control of weak willed demons to use their abilities to aid you on your adventure? If both of the questions had you saying yes, then Agony might be the game for you.

Agony is an indie title currently underdevelopment by Madmind Studio. The game is a first-person, survival horror set in Hell with emphasis on exploration and puzzle solving. Agony features a number of grotesque and disturbing scenarios (even in the trailer alone), which look like they could create some especially creepy moments of gameplay. If you want to get spooked in 2018, keep your eyes out for Agony in March. 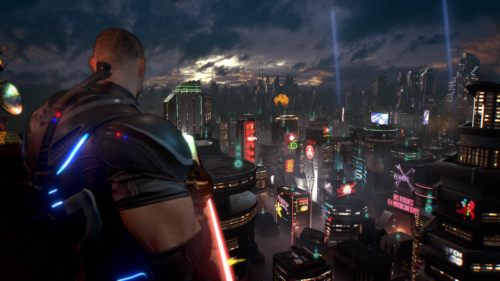 In a year that is fairly light on Xbox exclusives, Crackdown 3 is hoping to bring the hype in 2018.

Why Hype: While researching this list, I noticed a distinct lack of Xbox exclusive games coming in 2018. One exclusive title that IS coming to Xbox this year is Crackdown 3. Like previous titles in the Crackdown series, Crackdown 3 will allow players to run around dealing sweet sweet justice in a huge open world. Doling out justice can take many forms including over the top weapons, powers, and everyone’s favourite melee beat downs.

While much of the single player looks to be paying homage to the roots of the series, what makes Crackdown 3 interesting is the game’s new multiplayer modes. New to the Crackdown series will be the ability to play against other players in competitive modes which feature destructible environments to create total chaos. If being a bad ass cop in the future isn’t enough to get you hyped, learning that Terry Crews is in Crackdown 3 just might. 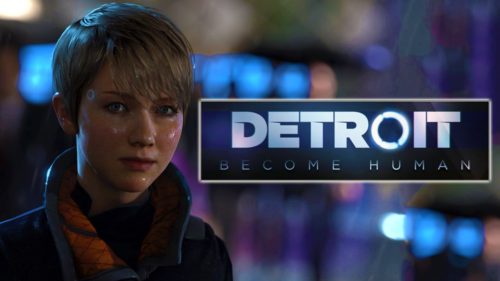 Following in the footsteps of those titles mentioned is Detroit: Become Human. The gameplay takes the form of a third person action-adventure, with heavy emphasis on narrative and branching pathways. In the game you take on the roles of three different characters who can die at any time without resulting in a game over.

We got our first look at gameplay during PSX 2017 and in the 10 minute demo, the player saved a fish, talked to police, investigated the crime scene, found a gun, and used said gun to take out a rogue android holding a child hostage. All these choices were player driven and could’ve been done differently. Just this 10 minute sequence could play out a number of different ways which has me hyped to see all the various permutations of the story-line there are. 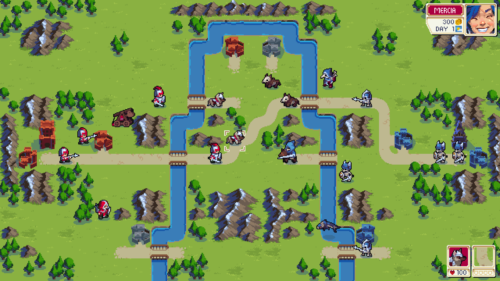 Wargroove appears to be bringing that Advance Wars charm. I like it.

Why Hype: Over the past few years, developer/publisher Chucklefish has really made a name for itself in the indie space. Most known for the title Starbound, Chucklefish has also had a hand in helping to develop a number of indie titles including the console version of Stardew Valley. Now, Chucklefish is jumping back into the developing game with their upcoming title Wargroove.

Older gamers will immediately recognise the visual as well as gameplay trappings that Wargroove is borrowing from. Back in 2001 the Gameboy Advanced received a title called Advanced Wars. In Advanced Wars, players took control of small military units and waged strategic war against the enemies across various locales.

Wargroove is looking to capture the gameplay and visual style of Advanced Wars, but with more modern design conventions. From the game’s FAQ we can see that 2017 technology allows for “…higher resolution pixel art, robust online play and deep modding capability, ultimately creating the most complete experience for Advance Wars and TBS fans.” If you’ve been thinking about Advanced Wars, but want to play a more modern version of the game, Wargroove may be just what you are looking for in 2018.

This list of 20 games to get hyped for in 2018 continues on the next page. Let me know what you think so far in The Pit below.